You may have already guessed that this is not your typical review. In fact, it’s quite a unique and special type of critique I’m bringing you today.

This post is actually a collaboration done with my best friend, Rachal, who recently started her own blog (ohgrowupblog.com), focusing on the multitude of aspects of adulting. When brainstorming ideas on where our blogs could find an intersection, we settled on the concept that is often a point of conversation for both of us: millennial lifestyle and all that it entails. I’ve always said that this is a beauty and more blog, and today is one of those posts that falls under the “more” category.

Anyhow, we thought we’d do a critical, yet fun review on Millennial trends as Millennials ourselves. The caricatures of leftist, entitled hipsters who can’t put down their phones or save up enough to buy diamonds since they all live with their parents dreamed up by some disconnected marketing execs have tainted the idea of who Millennials are, we thought that it’s time to speak up and show what Millennials really think. Of course, we can’t speak for the entire population of Millennials, but we thought it’d be nice for a change to hear the perspective of people actually living the reality of this generation.

This post is broken up into seven categories: Fashion & Design; Food; Visual Culture; Technology; Finances; Unattachment; and Destigmatizing Taboos. You’ll find four of them on Rachal’s blog, and the other three here. Keep reading to find out which ones made it on my blog, below!

Rachal: I think it’s fair to say that Millennials are more focused on design and fashion than previous generations.

Megan: I think a lot of that has to do with Millennials valuing identity more than generations before and we’ve started to set that trend for future generations. We use fashion especially to “self-brand” in a way and having access to a lot of options provides an opportunity to externally express your identity.

R: I definitely agree. I think that as much as there are stereotypes with Millennial fashion and design, that those things aren’t always coming from shallow sources or vanity. A lot of of them are the result of us feeling like if we can control the presentation of our appearances and living spaces, then not only is it a self-expression, but a self-confirmation of how we want to be.

I was reading this article the other day about why Millennials are so obsessed with plants like succulents, and it mentioned how in addition to the interior design appeal, we like the idea of having something to nurture and even if it’s small, some symbol of adulthood, especially when major life milestones are often delayed.

M: Because we don’t have these major milestones, we tend to create miniature ones, often through or represented by our stuff. However, even though we like these tangible things, we have a tendency to lean towards minimalism. We are choosy about what trends we buy into and what objects we hold onto. We like stuff, but we don’t like too much stuff. Things have to be either meaningful or practical.

R: Like yoga pants! As much as it feels like a silly and even “basic” trend, they’re comfortable and practical and (if you shop at the right places) affordable. So even though in some sense everybody is doing it, it feels worthwhile for us.

M: On the other hand, we also don’t mind buying things for the #aesthetic. Trends like Millennial Pink and metallics are popular because they’re just freaking pretty.

R: We allow “It’s pretty” to be a valid justification for enjoying things. Because it’s an outward emblem of identity, and aesthetic is a legitimate aspect of our identities, that creates meaning beyond the sentimental and practical qualities we also value.

M: If we have to have this thing anyway, why wouldn’t we want it to look good too? 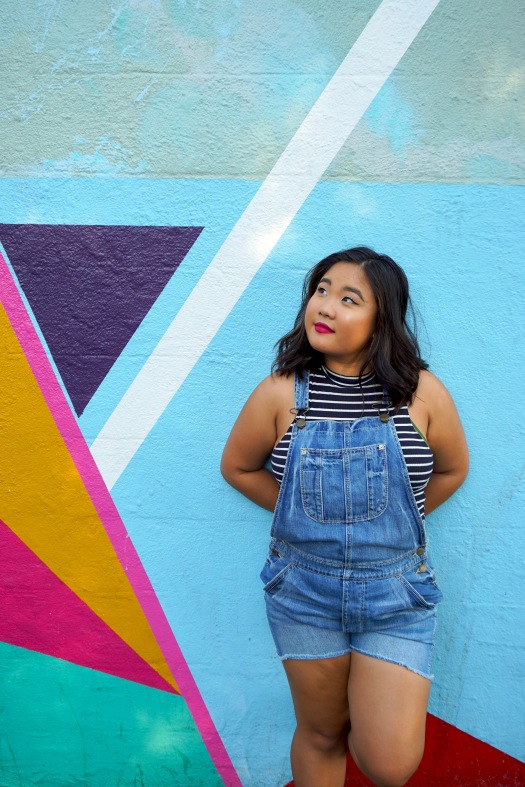 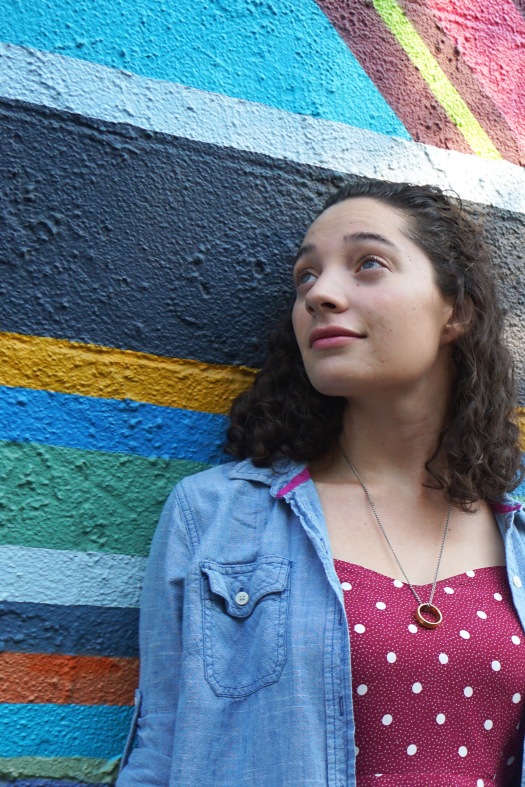 M: Visual aspects are also important in our communication as Millennials.

M: There’s a whole culture now that revolves around visual imagery. I’ll have conversations with you entirely through emojis.

R: And it will be a highly specific one. It’s amazing to me that we’ve incorporated so much nuance into written and even verbal communication through collective visual property. Millennials co-create meaning, backstories, and connotations for visuals.

M: Right, because there’s an understood use for a peach emoji beyond it being a fruit.

R: But sometimes it’s less about communication and more about the #aesthetic.

M: We are very particular about the way things look on our social media because it reflects who we are. Like we talked about above, having ownership over “our” aesthetic gives us control over how others perceive us. Even something as small as the design we choose for our phone case or the stickers we put on our Hydro Flasks have meaning to us.

R: Yeah, like your Frida Kahlo phone case and signature mint green PopSocket. It’s practical and the epitome of your personal aesthetic.

M: Like we mentioned on your blog, we don’t only value things for being visually pleasing, but also because they are an experience. Take tattoos, for example. They just about sum up the Millennial experience: #aesthetic, value of experience over objects, and non-traditional ideas of permanence.

R: Which makes it odd that neither of us have tattoos.

M: Yeah, but that’s because we’re broke Millennials. We still have them planned. But it’s more acceptable now to have tattoos and unconventional appearances, like visible piercings and colorful hair, because we view them as part of our identity.

R: There’s even less of a stigma around things like alcohol and swearing because we’re all willing to let each other live our lives as we please as long as it doesn’t harm others.

M: I think this is why social justice is also such an important part of our culture. Since Millennials put an emphasis on identity and self-expression, we’re willing to fight for others’ and our rights to do so. Because we’re not willing to settle, we want a framework where we can exist freely and have stability in who we are rather than where we are.

R: And that’s where our willingness to speak out on politics, environmentalism, and other social justice issues comes from. With topics like this, it isn’t just about expression; more importantly, it’s about being seen and being accepted for the betterment of all of us in the long-term. That’s why we aren’t willing to perpetuate many of the taboos that were unacknowledged or judged when we were younger. As much as sometimes we don’t like to deal with people, we care deeply about treating people like they’re human. Disagreements and differences are part of who we are, and as a generation Millennials are not only comfortable with that, but eager to champion it.

M: I think we’ve come to terms the idea that agreement isn’t the goal, but being able to coexist is worth the effort.

So, I hope you enjoyed this post and perhaps maybe we’ve even persuaded you that there’s more to Millennials than the pictures that the media paints of us. We’re a strong generation that has influenced politics, society, even commerce and I hope someday we (keep trying to) change the world.